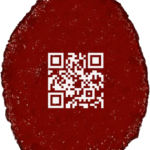 The event was both online and on the ground. The campaign denounces the emergency that more than 500 million women around the world face due to the lack of products to manage their menstruation.
Communicated on social media through the hashtag #cambialaregla, which could be literally translated as “change the rule” as it is a play on words that refers a euphemism for menstruation. The campaign invites people to stick stickers emulating menstruation stains in public and visible places. The stains, which can be downloaded at www.cambialaregla.com include a QR code that leads to a website explaining the dramatic situation that women and girls face several days a month, every month of the year. The aim is to impact very heterogeneous segments of the population, since, being a topic treated worldwide as taboo, it is not talked about, nor is it known.