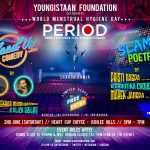 Hyderabad, India: Youngistaan Foundation celebrated World Menstrual Hygiene day, under its Women of Courage’ programme, with an evening of laughter and poetry at Alt Space, Heart Cup Cafe, Jubilee Hills on Saturday. Stand-up comedians and slam poets got the full house guffawing as well as thinking about what continues to remain a taboo even today – the completely natural occurrence of a period.

Titled ‘Period’, the one-hour event hosted by Sharon Aamir. The show began with Dipti M. and Andrea with an icebreaker Q&A session which saw the men in the crowd impress the ladies with their knowledge on menstruation. On that high note, it was time for the slam poets, Shrutika Choudhary, Dristhi Nagda and Mahek Jagda, to take the stage and ensured the dialogue on menstruation reached a tempo. The poetry ended on an emphatic note with Mahek’s affirmation “So I now say without fear, I am on my period. I wear pads. I bleed.”

Next up was stand-up comedian Alick Bailey, who took the stage to get the crowd laughing about everything from Delhi jokes to “being late”. But the star of the show was city comedian Rajshekhar Mamidanna who got everyone in attendance laughing, although the topic of discussion was no laughing matter. And he fittingly so ended his performance with an incident of harassment against women and asserted “We need to start respecting women and get the ball rolling to have conversations on everything including periods and menstrual hygiene.” And with his trademark line: “it’s okay to be an introvert. It’s okay to be an extrovert. But it’s not okay to be a pervert.”

Arun Daniel Yellamaty, the founder of Youngistaan foundation, said, “Our aim with ‘Period’ was to get the dialogue on menstruation out there in a public space. Eventually, the hope is that people will be comfortable enough to discuss periods without cringing or whispering. Not many people know that about 23 percent girls in India drop out of school because of menstruation-related issues.  We need to start talking, and start doing something about dispelling the taboo surrounding menstruation at the grassroots level, which is what Women of Courage programme does regularly.”

As a follow up to this event, the Women of Courage programme will be conducting awareness sessions on menstrual hygiene as well as child sexual abuse in government schools, slums and orphanages. The foundation will also be distributing close to 20,000 sanitary napkins to women, who don’t have access to it, across the city. 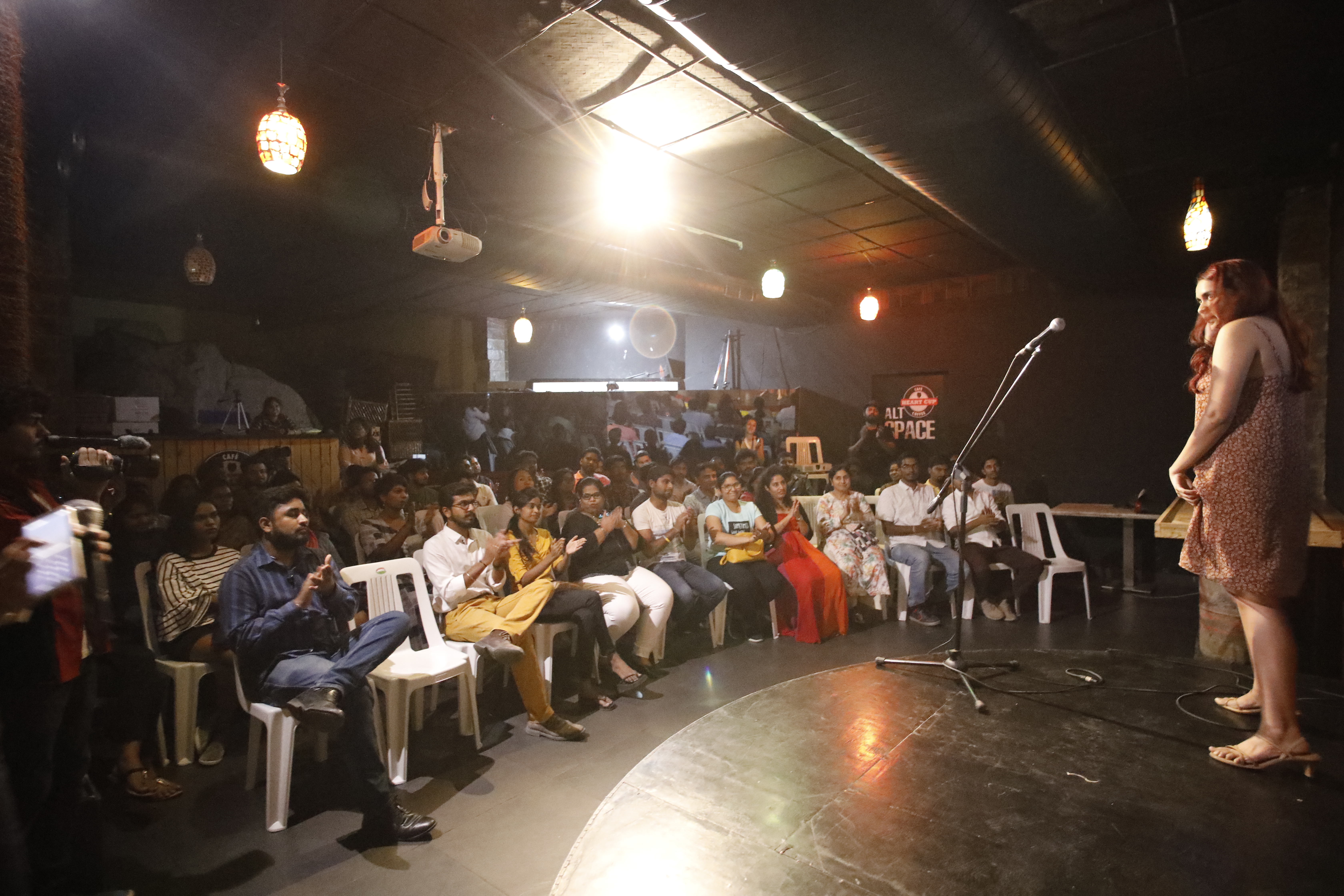 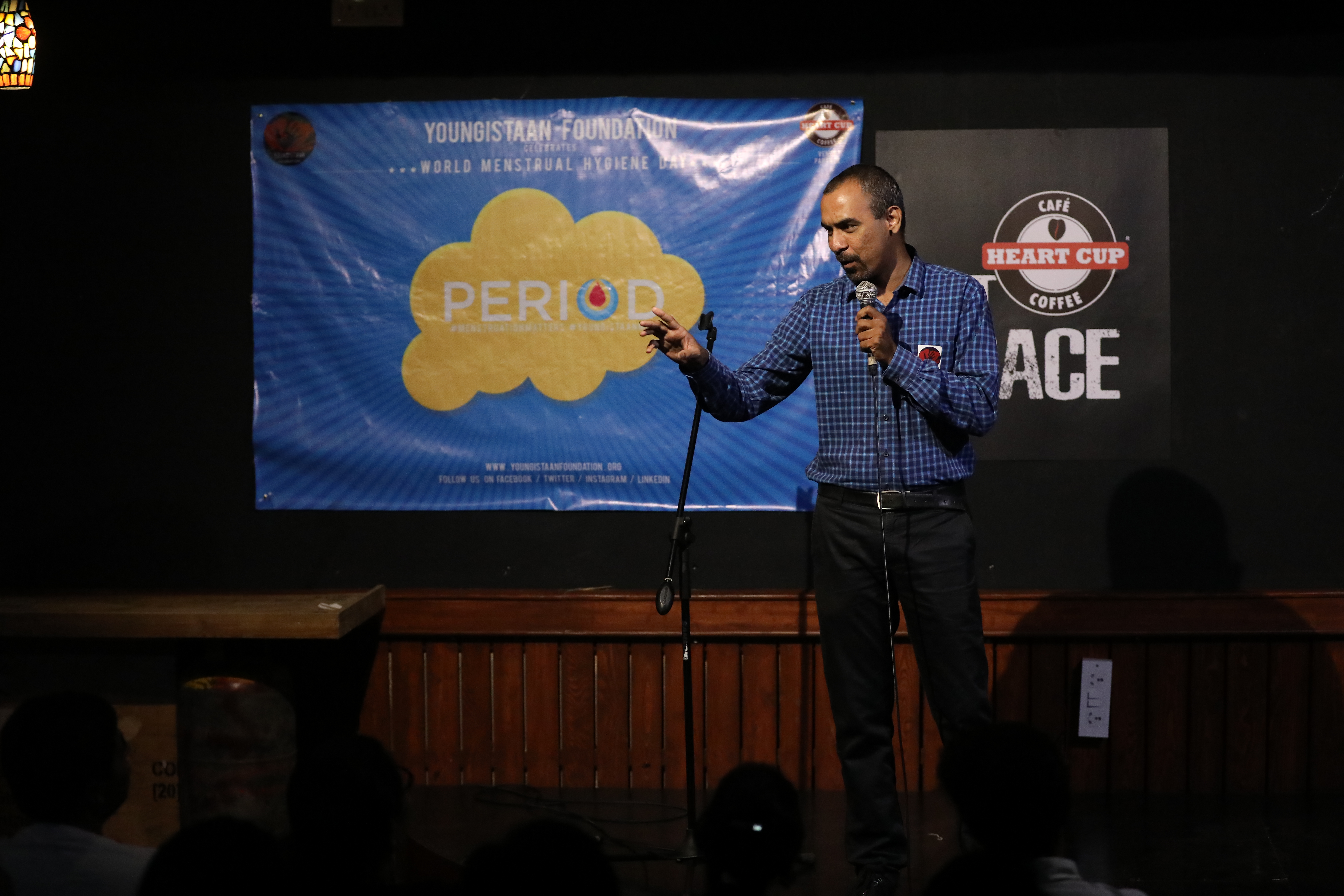 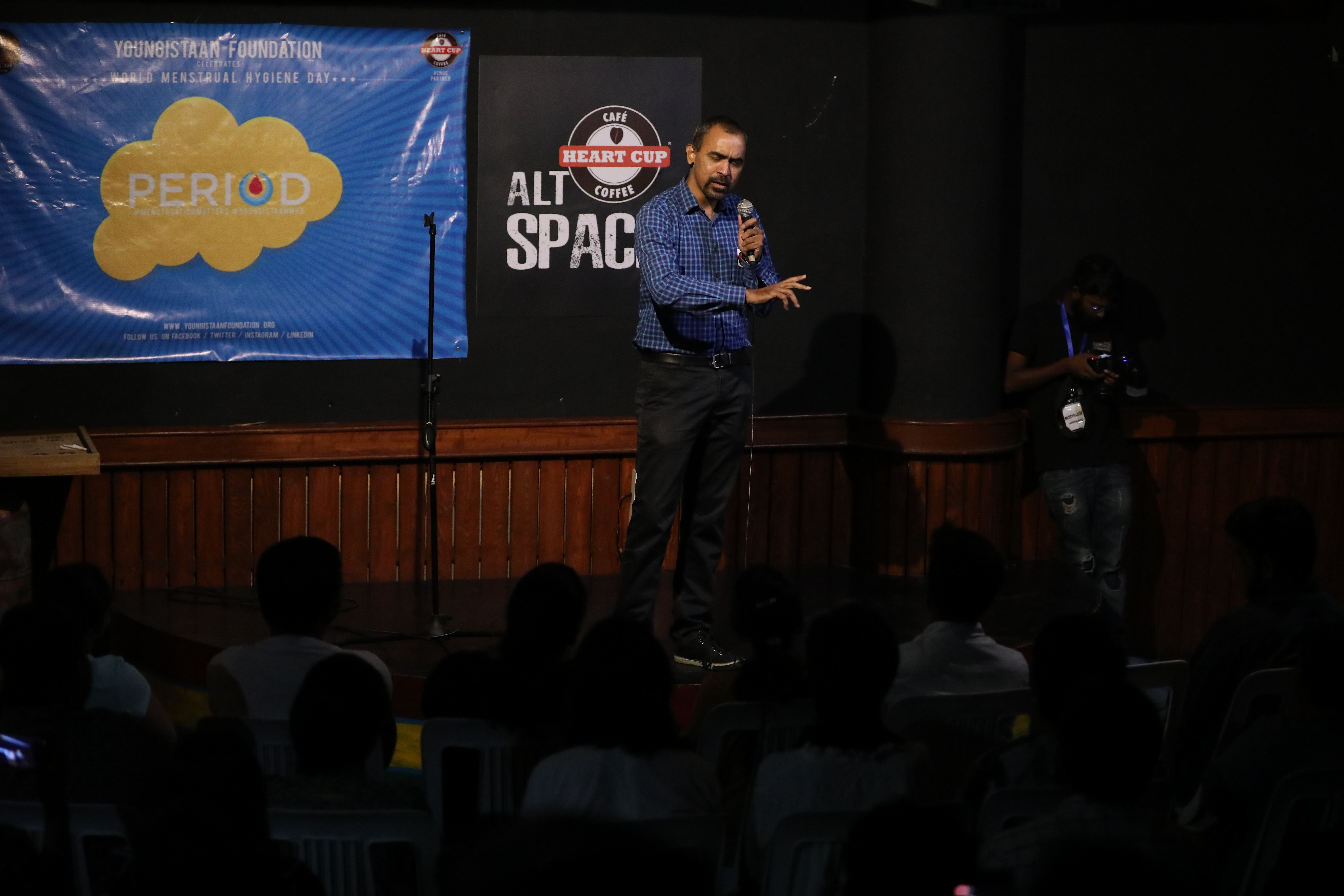 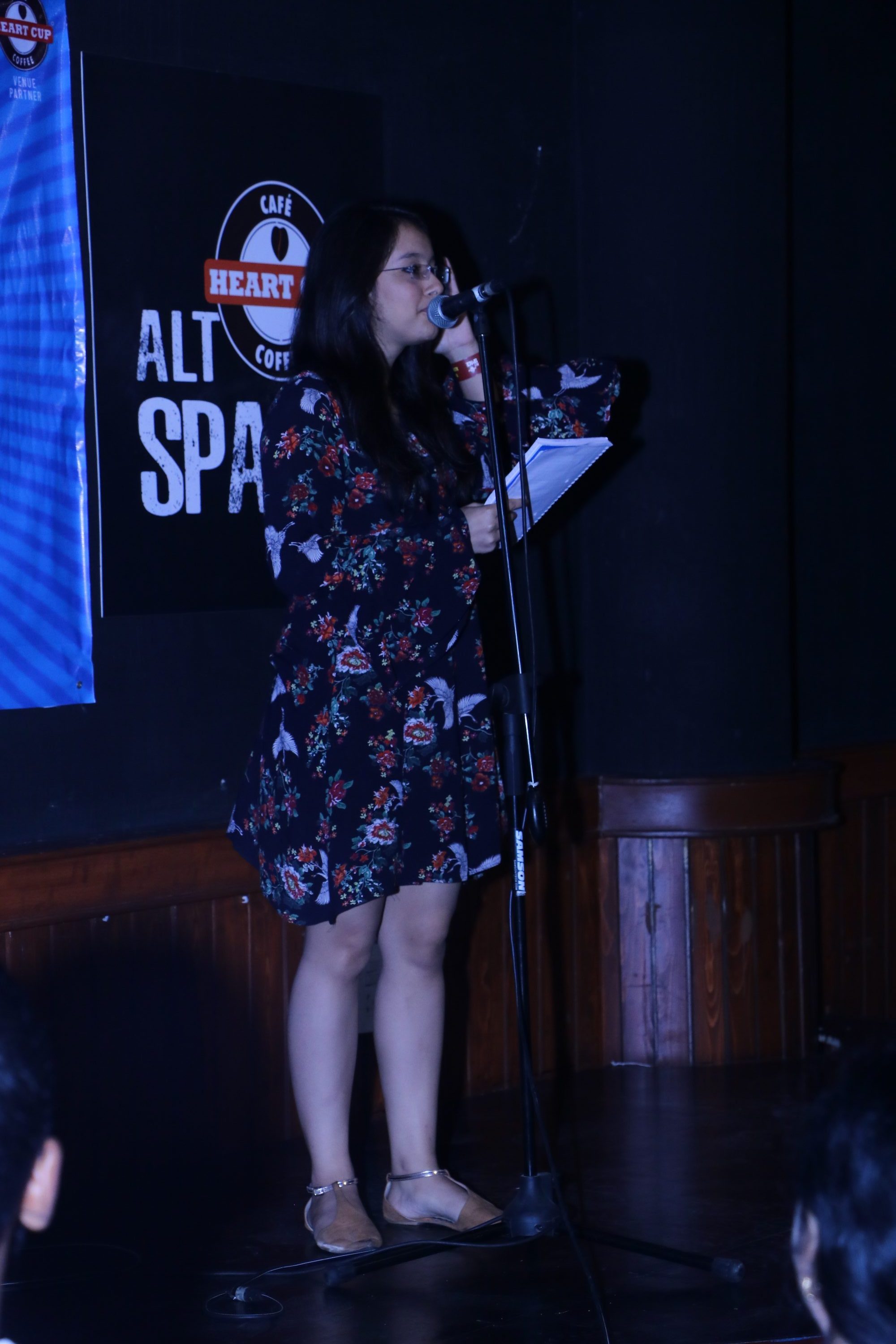 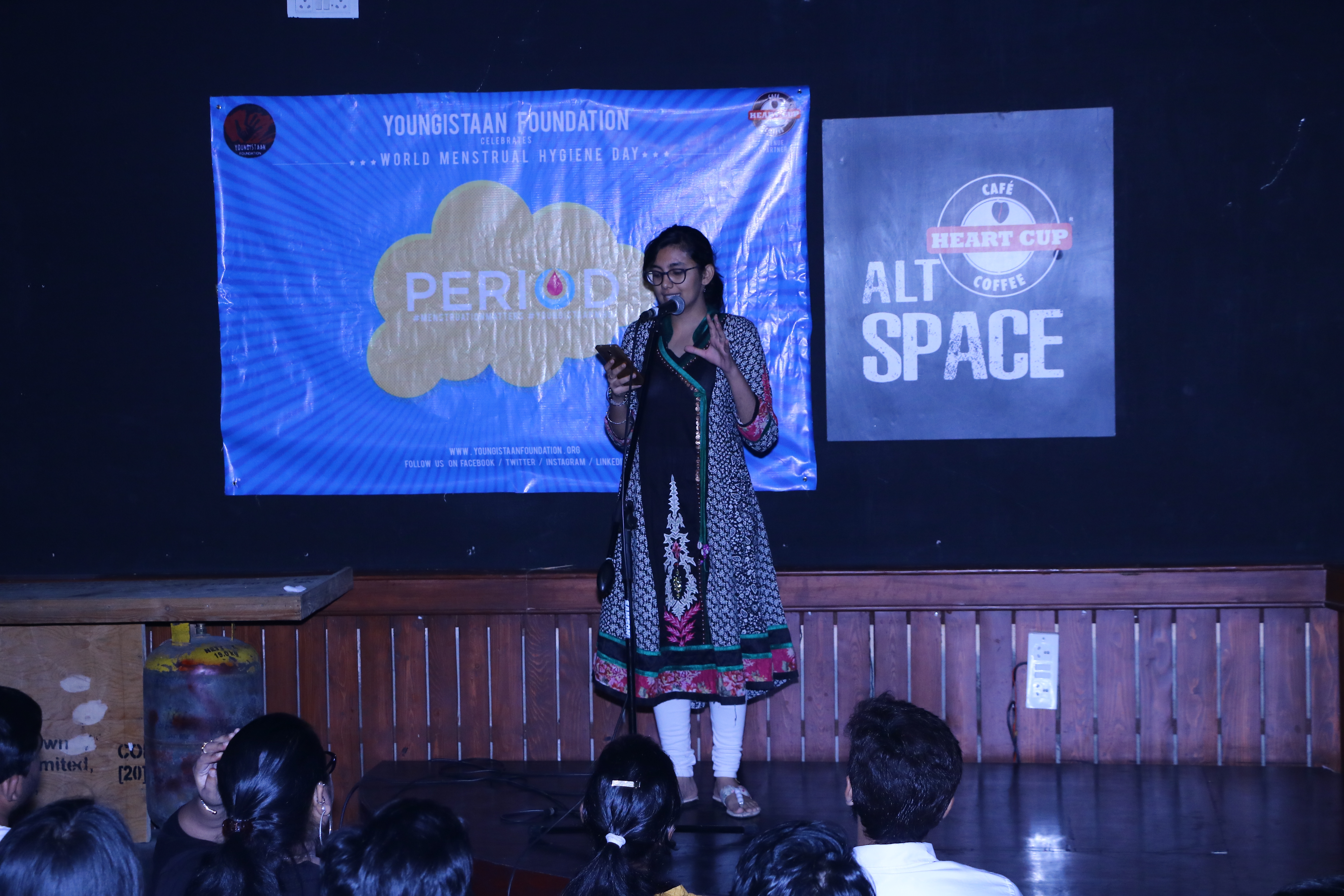 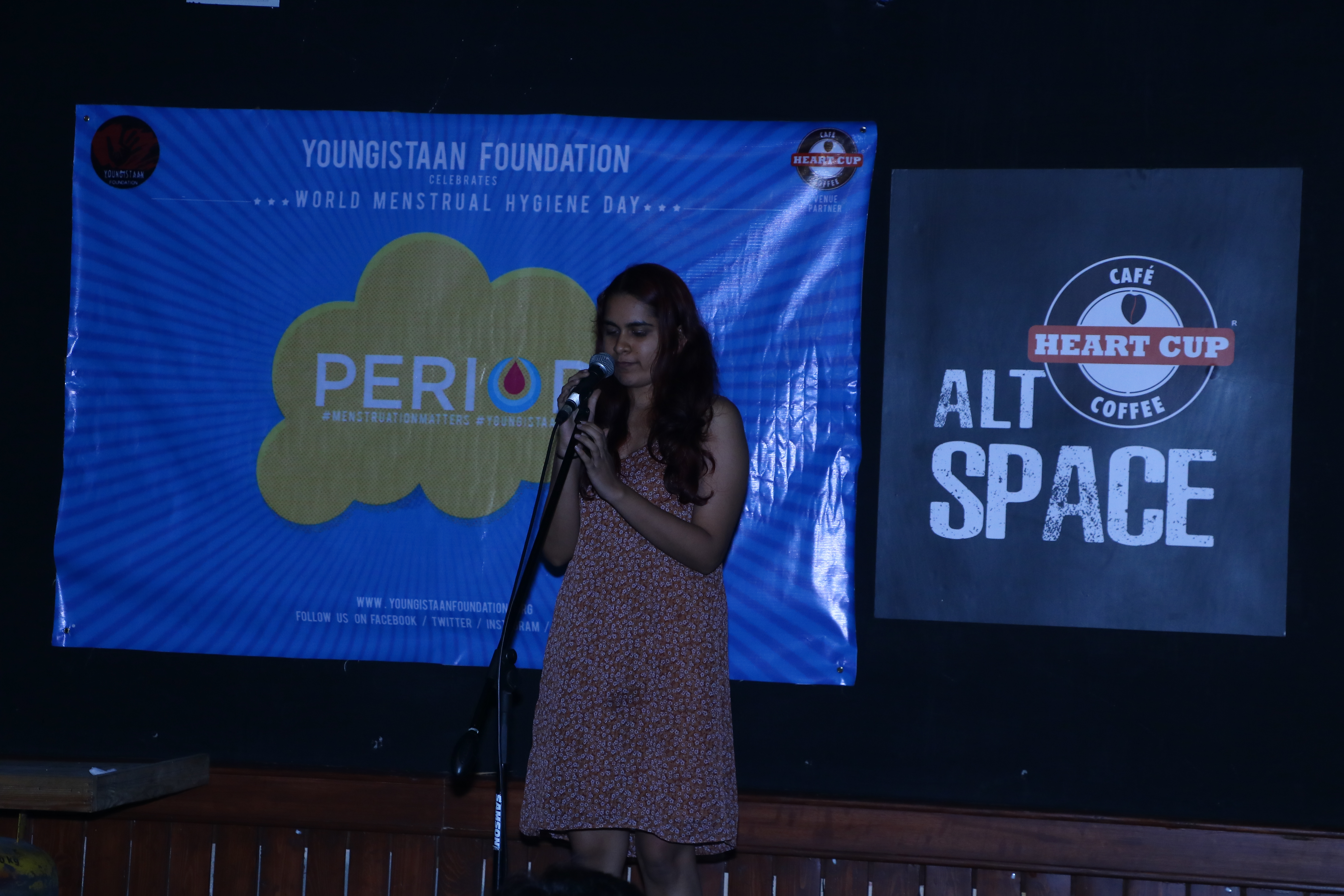