New York Times: How an Indian innovator reverse-engineered the making of sanitary pads

How an Indian Innovator Reverse-Engineered the Making of Sanitary Pads

In India’s traditional society, where women are still fighting for the right to enter places of worship while on their period, the topic of menstruation is especially taboo.

This is the personal story of Arunachalam Muruganantham, also called Mr. Menstrual Man, who  went on a personal mission to develop sanitary pads and innovate a machine to produce low-costs locally.

Through the late 2000s, women’s cooperatives and rural nonprofits across India started setting up their own sanitary-pad manufacturing units using the machines Muruganantham made at his workshop. From small towns in Tamil Nadu and its neighboring states all the way to villages in the foothills of the Himalayas, pad-making centers run by women began spinning out their own versions, packaging them under local brand names like Nari Suraksha (“Women’s Protection”) and Sukhchain (“Peace of Mind”). Muruganantham hired more hands to help run his workshop and meet the increasing demand. Over the past decade, as other small entrepreneurs have begun selling the same kind of equipment, he says more than 2,100 of these production centers have sprung up around the country, selling pads for as low as 3 rupees. (Pads made by large companies cost on average 8 rupees and up, and are sold only in large packages.) The concept has recently spread to more than a dozen other developing countries, like Nigeria and Nepal, nearly all of the centers run by women.

Images courtesy of Olivia Arthur/Magnum, for The New York Times 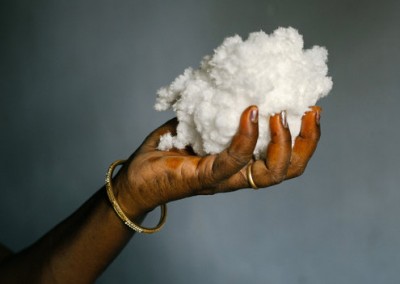 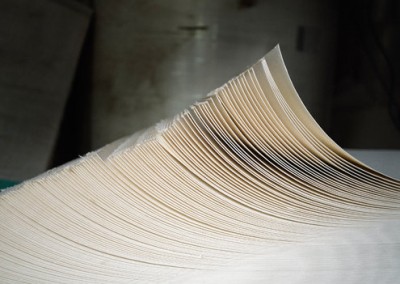 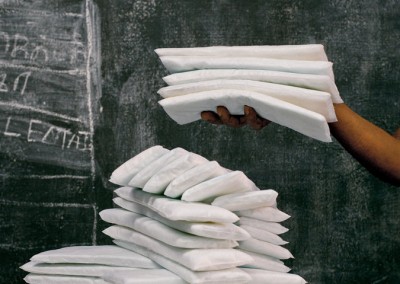 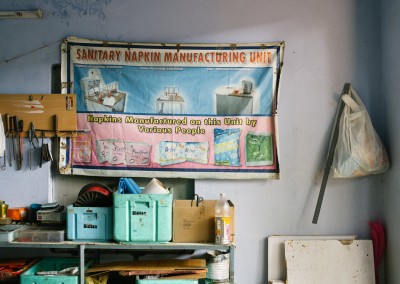 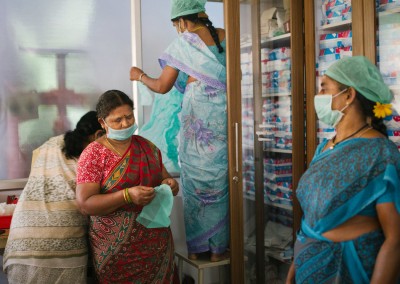 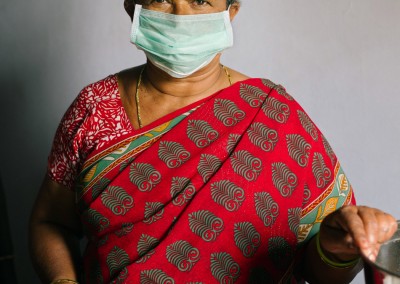 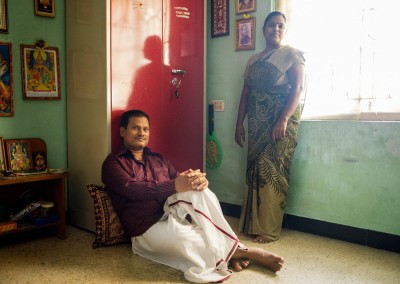