The real impact of menstruation on women and society is underestimated, researchers say, as a new study suggests period pain is linked to nearly nine days of lost productivity a year in workplaces and schools.

Researchers surveyed 32,748 Dutch women between the ages of 15 and 45 to evaluate lost productivity associated with menstrual symptoms. They measured both time off from work or school, as well as working or studying while feeling ill — what the study termed “presenteeism.”

The study, which was published Thursday, found that around 1 in 7, just under 14%, had taken time off from work or school during their period and 3.5% said that this happened during every, or nearly every, menstrual cycle.

Some 81% of the Dutch women said they had been less productive as a result of their menstrual symptoms. On average, the researchers calculated, women were absent from work or school 1.3 days per year because of their period and, on average, productivity loss was equivalent to 8.9 days per year.
“Women said that they weren’t as productive as they could be while at work — they needed to go to the toilet every hour or they had a headache and couldn’t concentrate,” said Theodoor Nieboer, an author of the report and a gynecologist at the Radboud University Medical Center in the Netherlands.
He added that women under the age of 21 were around three times more likely than older women to say they had taken time off because of their menstrual symptoms.

The study, which was published in the BMJ Open medical journal, is the largest of its kind. It also found that when women did call in sick because of period pain, only 1 in 5 told their employer or school the real reason for their absence.
What’s more, 68% of respondents said they wished they had the option of more flexible hours to work or study during their period.
“Despite being almost two decades into the 21st century, discussions about [symptoms] may still be rather taboo,” Nieboer said. “There’s a need for greater openness about the impact of menstrual symptoms on work, and companies need to be more open about this with their female workers.” 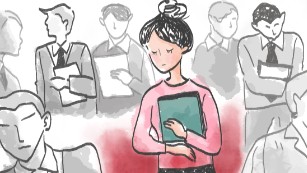 Employer’s paid period leave policy in Australia stirs world debate
Nieboer said he did fear that some employers might use the insights from the survey to discriminate against women, but added this was not the right message to take away. Around the world, 1.8 billion women menstruate. The real impact of menstruation was under-appreciated, he said.
“Menstruation-related symptoms cause a great deal of lost productivity, and presenteeism is a bigger contributor to this than absenteeism,” he said.
“However, we shouldn’t lose sight of the fact that there’s plenty of reasons why men might be unproductive in the workplace.”
The authors said that their study did have some limitations.
It relied on what women said in the survey rather than measuring actual productivity loss. Also, the respondents were recruited via social media, which may have introduced an element of selection bias, with women with more debilitating menstrual symptoms potentially being more likely to take part.