Research and Photos Document the Compounding Effects of Fear of Staining

Dr Sarah Jewitt, a member of staff in the School of Geography at the University of Nottingham, undertook research on the effect menstruation has on the school attendance of post-pubescent girls in sub-saharan Africa. Her project, which was carried out in Kisumu, Kenya and nearby rural areas, aimed to reach beyond data to better understand the everyday experiences of schoolgirls with poor access to menstrual supplies and sanitation facilities and how it can impair a girl’s school attendance.

Embarrassment is a trend that emerges early and often. In both urban and rural schools, girls feel embarrassed and afraid of staining their uniforms during menstruation due to lack of usage of menstrual products combined with long school hours. The problem was compounded by classroom etiquette requiring pupils to stand to answer questions. Girls often sat in dread that the teacher would ask them a question and they would have to stand, revealing their stained uniforms.  In focus group discussions, girls expressed that they preferred to stay at home and wear dark clothes rather than go to school. 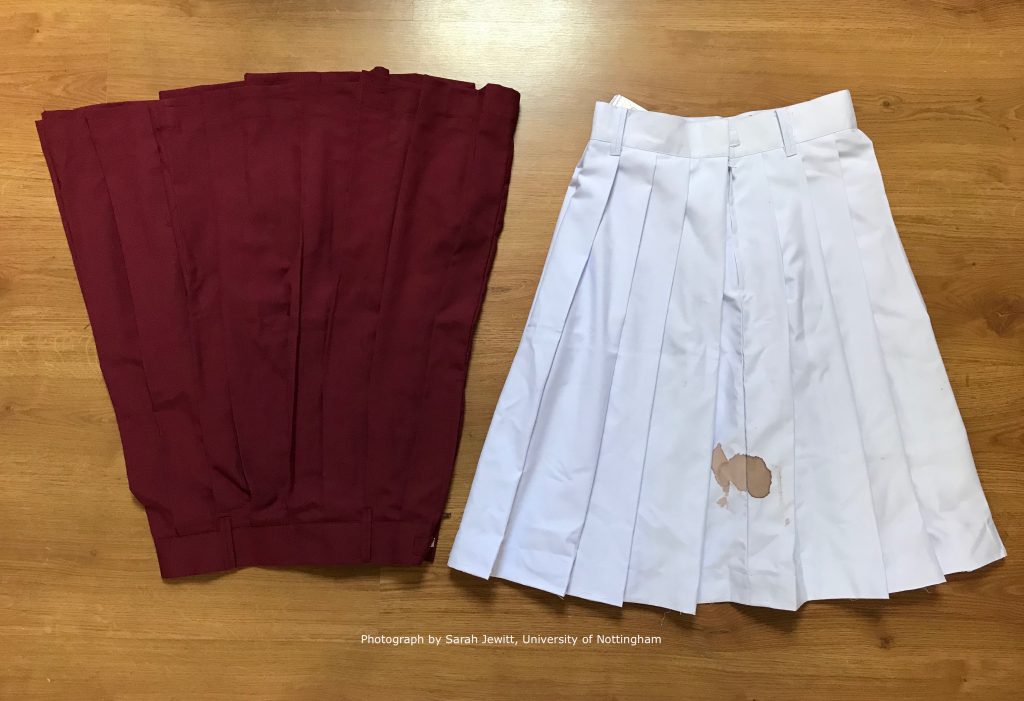 As part of the study, Dr Jewitt was able to take photographs of stained uniforms to illustrate the difference in visibility of the stains between paler and darker fabrics. “Similar stories came out of research with schoolgirls in Assam, India,” she tells us. “There an additional problem came to light. Girls had been given bikes as part of a government cycle-to-work scheme but they didn’t feel able to cycle during menstruation, as even though they had access to sanitary pads, they found that they often bled onto their uniforms while cycling. This was a particular issue for older pupils at two schools who, when they moved to higher classes, had to wear cream-coloured saris instead of darker salwar kameez (long tunic) sets. In schools where uniform colours were darker, concerns about staining were much less.”

Additional Interviews carried out in the UK indicated that similar issues occur in contexts where access to sanitary protection is very good. One girl described staining her pale sports shorts as being ‘like social suicide’, while others said that they always tried to get out of cycling (as part of physical education classes) for fear of staining their clothes. A simple solution can be as straightforward as ensuring school uniforms for adolescent girls are not white or light in colour. 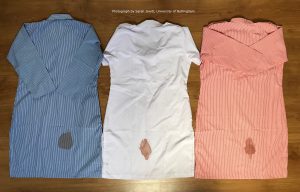 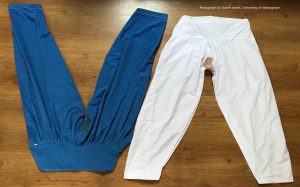 The research in Kenya explores this topic of menstruation and school attendance in much more detail, covering the impact of boys’ behaviour, the transactional sex girls often participate in so they can afford pads, and much more. Read it in full here.